Your next big marketing video can’t just exist in your head. To help others understand your vision, you need a storyboard. Define your narrative, sketch it out and add dialogue and production directions to your scenes. Then watch your video come to life.

Download your free storyboard template and get those awesome video ideas down on paper. Keep a blank copy to use time and time again! 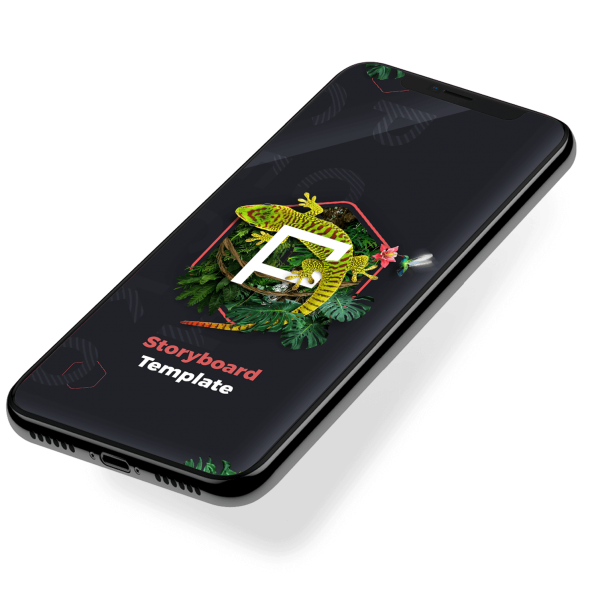 You're nearly there! Fill in the details below for your free content.

The following email providers are not accepted: gmail, hotmail, yahoo. Please use a valid company email.

What is a Storyboard?

A storyboard is a series of sketched images that represent each individual shot of a video. Picture a comic strip and you won’t be far off. These visual representations can be anything from elaborate creations to rough sketches - your drawing abilities need not hold you back! Let your creative juices flow and get that awesome idea down on paper. As you read through your storyboard you should see your video unfold in your mind.

While a storyboard is very much a visual tool, adding non-visual details will put you a step ahead when it comes to creating the final masterpiece. Beyond the visuals, storyboards often include directions for camera angles, lighting and transitions, along with dialogue and other notes.

When Do I Need a Storyboard?

Once your script has been developed, storyboarding is normally the next stage in pre-production. The script will provide guidance for the content but the storyboard is essential for visually representing the look and feel of the video. Where are key elements located within the frame? How do they move, interact and transition? This is when you’ll answer these questions. A storyboard will force you to visualise each shot, the sequence in which they will appear and how the visual elements interact with your script. This is true for all videos, regardless of whether you’re opting for film, animation, 3D or a mix.

The two biggest benefits of creating a storyboard are communication and planning. As tempting as it may be, jumping straight from idea to production will waste your most valuable resources; time and money.

Make the most of your budget - While it takes time to put a storyboard together, that investment will bring you plenty of returns further down the production line. The storyboarding process itself will force you to visualise all elements of the video content, revealing whether your concept works or not. Storyboarding also helps to check whether your narrative makes sense once translated into visual shots. It’s much easier and cheaper to discover and iron out these details during pre-production than it is on set or during the animation process.

Communicate your vision - Communication can be a challenge in any project. Try to talk your colleagues through your video idea and you’ll soon be playing a games of charades around the office and rattling on with long explanations of every little detail.  Having a storyboard allows you to collaborate with colleagues and any relevant external agencies to explore and finalise the shared vision for the video.

TIP: Include the dialogue and/or voiceovers from your script to each thumbnail.

TIP: Add directional notes for the people who will be working on the video, such as desired lighting and camera angle.

TIP: Cut up and recombine your storyboards to play with sequencing and narrative.

TIP: Creating a storyboard can be really fun, just keep an eye on the clock as the hours could quickly fly by!

Need some help creating your storyboard? Our creative in-house team are skilled in turning video concepts into beautiful storyboards. Get in touch today.